This Month In US Legal History: January Edition

1 January 1839 ? The state of Mississippi allows women to hold property in their own name, and is the first state to do so. However, they still needed to first gain the permission of their husbands.

2 January 1974 ? U.S. President Richard Nixon, in response to increasing oil prices and in an effort to save gasoline during the oil crisis, signs off on the Emergency Highway Energy Conservation Act. The Act mandated a new maximum U.S. speed limit of 55mph.

3 January 1861 ? The Delaware legislation voted overwhelmingly against seceding from the Union. Although Delaware was a slave state, by 1861 the practice was not as prevalent, and the legislature was dominated by Unionists.

4 January 1893 ? US President Benjamin Harrison grants amnesty to all Mormon polygamists, provided that they do no enter into unlawful cohabitation. The amnesty came about after a sustained period of campaigning in Utah.

6 January 1919 -?Theodore Roosevelt, who served as the 26th President of the U.S. from September 1901 to March 1909, passed away. A keen promoter of progressive policies, he advocated for the creation of national parks and won a Nobel Peace Prize in 1906 for his role in ending the Russo-Japanese War.

7 January 1972 – William Rehnquist becomes Associate Justice of the Supreme Court. In 1986 he would go on to become Chief Justice, and serve until his death in 2005. Rehnquist was known as a conservative and advocated for an interpretation of the Tenth Amendment that allocated more power to the states.

8 January 1867 ? Congress expanded suffrage in the District of Columbia to include all adult male citizens (including African American males). This was the first U.S law to extend the vote to African American men, and came about after Republicans in Congress overrode the veto of President Johnson.

9 January 1788 ? Connecticut joined the Union and became a state. The Connecticut Assembly ratified the Constitution by a vote of 128-40, becoming the fifth state to join. After Connecticut joined, others, such as Maryland and South Carolina, became more willing to join.

10 January 1984 ? The U.S. and the Holy See announced the beginning of diplomatic relations. This marked the end of 107 years without diplomatic contact. Due to a rise in anti-Catholicism in the U.S., Congress had voted to?prohibit the funding of U.S. diplomatic missions to the Vatican in 1867.

11 January 2002 ? The first twenty prisoners were received at Camp X-Ray, a temporary detention facility at Guantanamo Bay. This location became the subject of much controversy after it was revealed that it was one of several detention facilities that had been involved in torturing detainees.

12 January 1991 – Congress authorizes military intervention in Iraq in an effort to bring an end to the occupation of neighboring country Kuwait. The vote followed three days of heated debate, and marked the first time that Congress had approved military intervention since the start of the Vietnam war in 1964 after the Gulf of Tonkin incident.

14 January 1639 ? The colony of Connecticut adopted the Fundamental Orders, which is recognised by some scholars as being the first written Constitution in the West. The Orders set up the government of Connecticut, and also included voting rights and procedures for running for elected offices.

15 January 1929 ? In Atlanta, Georgia, Martin Luther King Jr. was born. King went on to become an active leader of the civil rights movement, and is widely known for his ?I Have a Dream Speech?, involvement in organising the Selma marches and for his opposition to the Vietnam War.

16 January 1883 ? The U.S. civil service is established with the passage of the Pendleton Civil Service Reform Act. This Act was crucial in establishing an independent civil service as it stipulated that positions were to be based on merit rather than politics.

17 January 1998 ? News of the Monica Lewinsky scandal first reaches the American public. The affair between President Bill Clinton and White House intern Monica Lewinsky was reported by Matt Drudge in the Drudge Report and included accusations that Newsweek had rejected the story.

18 January 1967 ? The notorious ?Boston Strangler? is found guilty of assault and armed robbery against four women in Connecticut, and sentenced to life imprisonment. Although it was alleged that he murdered 13 single women in the area, he was not convicted of these charges for lack of evidence.

19 January 2001 – The fall-out from the Lewinsky affair continues, and President Bill Clinton admits that he made false statements about Monica Lewinsky whilst under oath. He also gave up his law license for 5 years.

21 January 1977 ? One day after he was inaugurated, U.S. President Jimmy Carter pardoned almost all Vietnam draft evaders, following through on a promise that he had campaigned on. The pardon did not extend to deserters.

22 January 1973 ? The Supreme Court handed down the decision in Roe v Wade, effectively overturning all state laws that prohibited a women from obtaining an abortion in her first three months of pregnancy.

23 January 1964 ? The 24th Amendment to Constitution is ratified, putting an end to the poll tax in federal elections. Prior to the Amendment, citizens of some states would have to pay a fee in order to vote in the federal election.

24 January 2003 ? The first day of operation for the new Department of Homeland Security. Created in response to the 9/11 attacks, the Department?s mandate extended to anti-terrorism, cyber-security and border protection among others. It is now the third largest Cabinet department.

25 January 1971 ? In Los Angeles, Charles Manson and three women are convicted for murdering and conspiring to murder seven people, one of whom was the pregnant actress Sharon Tate. The trial had enthralled the nation.

26 January 1996 ? First Lady Hillary Rodham Clinton appeared before a Federal grand jury to testify about her billing records from the Rose Law Firm in the Whitewater investigation proceedings.

27 January 1967 ? The Outer Space Treaty is opened for signature in the U.S, United Kingdom and the Soviet Union. The Treaty is the basis of international space law, in particular limiting use of the Moon and other celestial bodies for peaceful purposes only, and prohibiting states from putting weapons of mass destruction into orbit.

28 January 1909 ? U.S. ends direct control over Cuba following the election of Jose Miguel Gomez in November 1908. This marked the end of the Second Occupation of Cuba, which had commenced in September 1906 following the a revolt against the rule of President Palma.

29 January 1861 ? Kansas became the 34th State of the Union. Kansas had been riven by conflict over slavery, and although abolitionists held a majority and led Kansas to join the Union as a free state, the conflict continued into the Civil War.

30 January 1882 ? Franklin D. Roosevelt, who served as the 32nd President of the United States, was born in New York. His Presidency was spearheaded by the New Deal, an economic plan to help the U.S. recover from the Great Depression that involved heavy Federal government intervention in the economy.

31 January 1865 ? The House of Representatives passed the 13th Amendment to the Constitution to abolish slavery. The Amendment had already been passed by the Senate in April 1864. 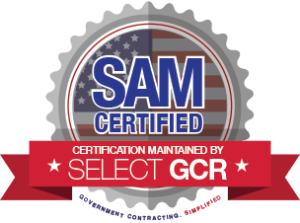 This Month In US Legal History: May Edition

Standard Oil, Enron and Abu Grahab are a few names that make appearances in the May Edition of Daily US Legal History.

ORANGE COUNTY NEWS Pursuant to the Chief Justice’s Advisory of March 20, 2020 and Administrative